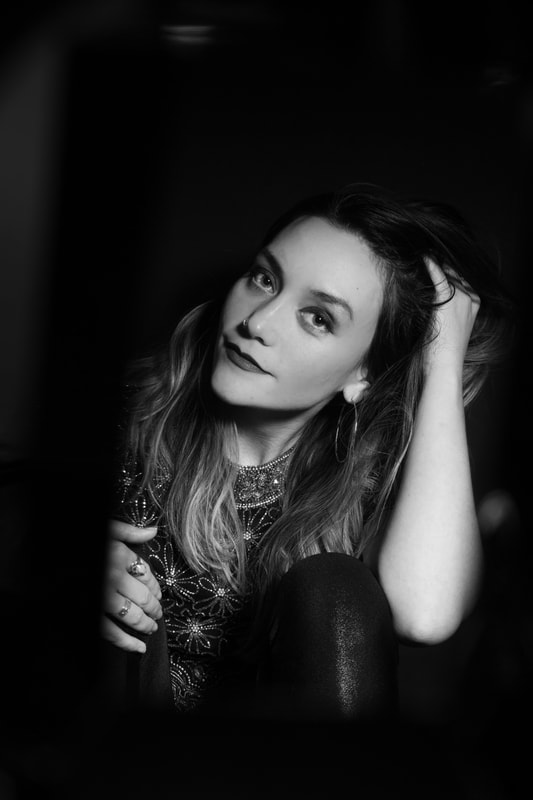 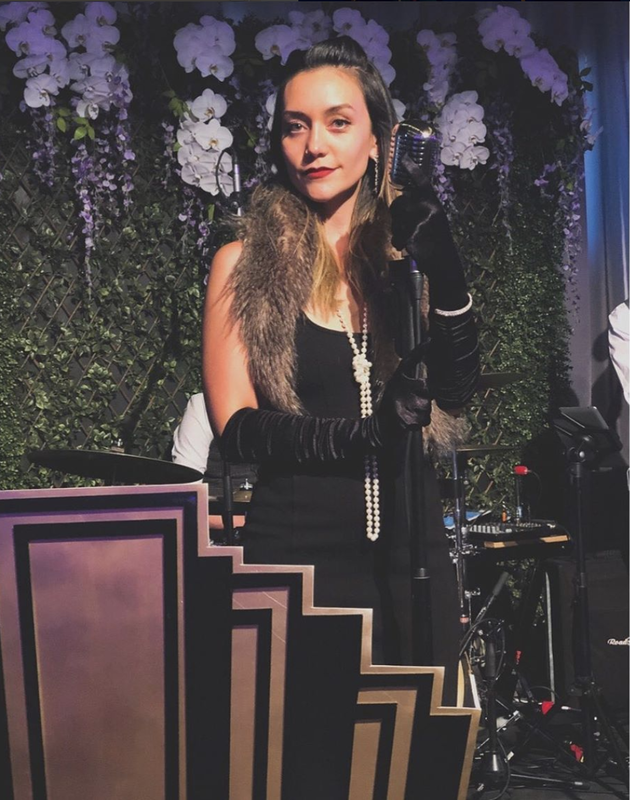 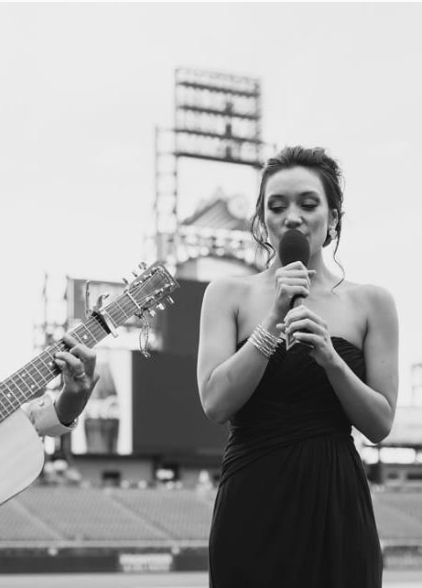 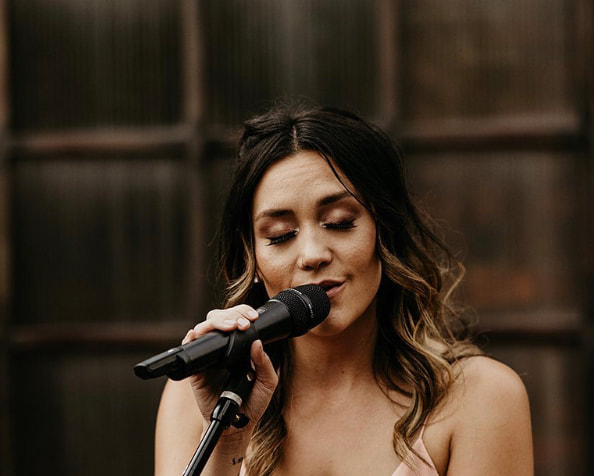 Julie Almeria studied voice, performance, and dance at the American Musical and Dramatic Academy in New York City, but returned to her native Colorado to join local funk band Bop Skizzum as lead female singer in late 2011.  Since then, she has had the privilege of singing on stages all over Colorado and the world.

Julie's vocal repertoire ranges from jazz standards to country hits to today's top-charting pop tunes and everything in between.  Her two electro-pop singles can be found on nearly every streaming service including Spotify, Apple Music, and iTunes.

​She enjoys weddings more than any other type of event- being a part of the most beautiful day in a couple's life is truly an honor.